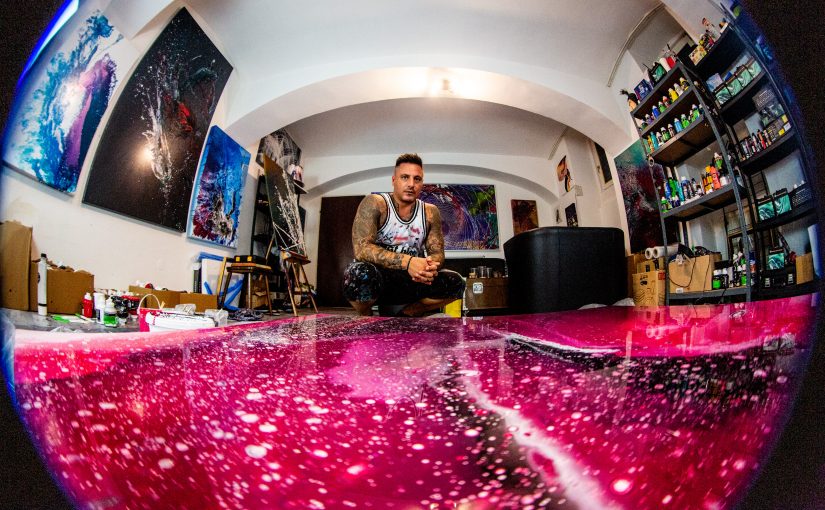 In the course of my Christmas sales promotion I raffled three photo-shootings on Facebook. Among all comments and likes for a photo of myself in an elf costume I chose three winners who were informed about their luck by private messages.

One of the winners were Holy and her little daughter Lily, who I guess was less than four years old. They both had recently moved from New York to Vienna. Holy was extremely glad to get up-to-date photographs of their little family. Finally we fixed a date and met on January 8th.

It was rather cold when we met that day at Rathausplatz. Of course I intended to do the job legally, so I followed the Corona >Lockdown< rules and observed to keep space of at least four metres to my clients. That´s why I used my Canon-full-frame camera with the tele-zoom lense with a focal lenght of L. 70-200mm f. 2.0.

For an hour and a half I took more than four hundred photos of Lily and Holy. Taking photographs of a child that rarely stands still and doesn´t like to look directly into the camera is a difficult job. In spite of those difficulties I have to admit that I received real positive feedback from my new clients. I worked on the photographs with the „Photoshop lightroom“ – programme. First I sorted them out, then cut them, manipulated the colours, for example to black/white, and at last sent them online by a transfer programme.

Mum and daughter enjoyed the photo-shooting and were grateful to get some up-to-date pictures of themselves.

Take a picture, catch the lights and show your art!